Milwaukee-based Velicon was originally founded in 1995 by Cecil and Irina Edirisinghe to design and license high-speed machine tool products in the factory automation industry. After noticing an industry shift toward greater demand of higher speeds in rotating equipment, Velicon refocused to begin developing high-performance electric motors. In 2003, the newly designed motors found their way into aerospace engine testing, automotive engines and hybrid motor testing, as well as testing in the tire and racing industry. After experiencing success in domestic markets, Velicon leadership began to look abroad for highly industrialized nations that would make good target markets for exporting.

In May 2015, Velicon took part in a trade venture to Germany, organized by the Wisconsin Economic Development Corporation (WEDC), which included attendance at the international Hannover Messe trade show, the world’s leading event for industrial technology. After meeting with several prospective business partners during the trade venture, Velicon experienced a 34 percent increase in export share the following year. The trip also allowed the company to make contacts in nearby Czech Republic, Hungary and Belgium. Velicon has attended other trade shows around the globe, participating in shows that best attract customers seeking dedicated high-performance applications of their motors. And while the company vows to stay a small, family-owned business, it will continue to focus on controlled growth by exporting to developed, industrial nations. 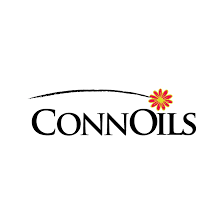 Ginseng Board of Wisconsin

Ginseng Board of Wisconsin

The Ginseng Board of Wisconsin was originally founded in 1986 as a nonprofit organization to represent the interests of the nearly 200 ginseng growers in the state.
Read More

Lucigen is a privately held company with 60 employees, based in Middleton and manufacturing over 90 percent of its product portfolio in Middleton.
Read More

The Waukesha-based company produces seating solutions for customers in 65 countries spanning five continents.
Read More
View All Success Stories
We use cookies to ensure you get the best experience on our website. By using our website you agree to our privacy policy.Ok