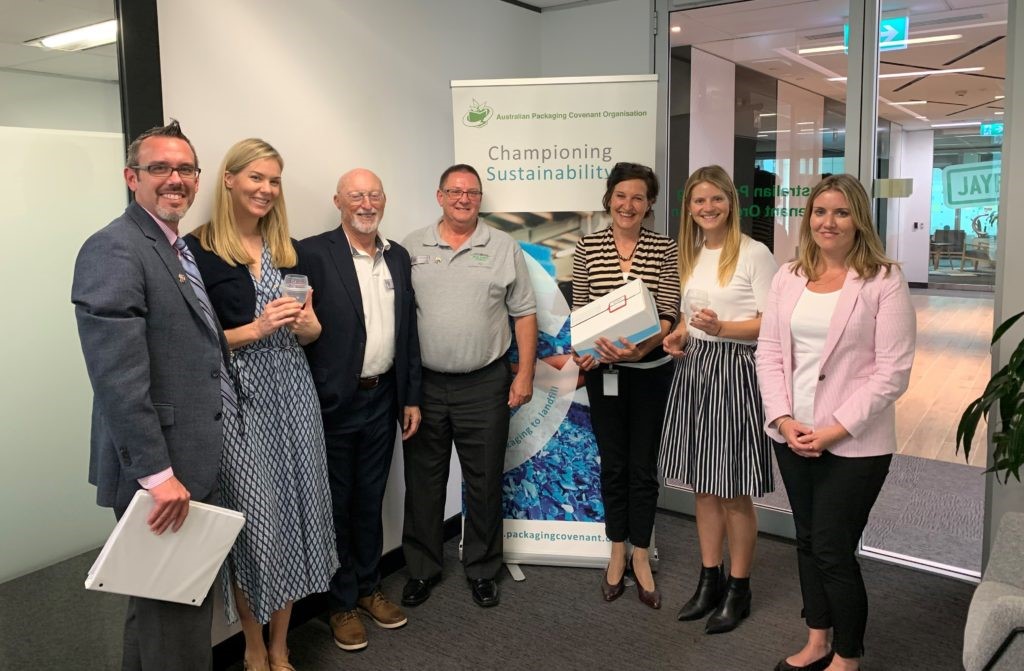 In the past few years, Box Latch™ Products of Pewaukee has seen its exports grow exponentially. That’s something owners Jim and Jack Wilson believe would not have been possible without the support and guidance of WEDC’s export programs. Most recently, that support took the form of a WEDC global trade venture to Australia, in which Jim Wilson, the company’s CEO, took part.

“Wisconsin is a leading state when it comes to exporting technology, and we felt our products were unique in the world,” says Jack Wilson, the company’s chief operating officer.

Box latches are just that—plastic latches that hold corrugated boxes closed without the need for damaging tape, staples, glues or straps. This allows corrugated cardboard boxes to be reused multiple times for much less cost than plastic bins, which also can’t be recycled at the end of their life cycle.

Raised with a strong commitment to the environment, the Wilson brothers saw the potential of this invention and built a company around it. But they soon faced an uphill battle; despite many companies “talking the talk,” most U.S. distributors and manufacturers weren’t really interested in tackling sustainability and reusability issues.

Overseas, they had just secured a large account with a clothing manufacturer with facilities in Belgium and the Czech Republic. “We assumed we just needed a couple more big direct accounts, but it turns out those are hard to find,” says Jim.

Participation in the ExporTech Program in 2016 showed Box Latch how much their export plan had been missing, and that for real success, they needed to develop a network of international distributors.

WEDC’s Global Navigation Network helped connect them with a consultant in the Netherlands who helped them navigate complex European trade regulations and led them to their first overseas trade show, where they found “incredible interest” for their products. They began building up a network of European contacts, including a UK distributor with a customer that was looking for exactly the kind of solution Box Latch provided.

“I think the biggest thing we learned in ExporTech is that 95% of the market growth is going to be outside the U.S.. We also learned that the greenest, most advanced markets for sustainability were Western Europe and Southeast Asia,” Jim says. “As it turns out, after the trade mission I’ve just been on, Australia is probably our best market. Australia is being horrendously affected by climate change, so it’s really pushed them ahead of much of the world when it comes to sustainability.”

During the WEDC trade venture in November 2019 to Sydney and Melbourne, Jim and Box Latch’s Australian associate, Phil Southam, had over a dozen meetings with potential distributors as well as packaging waste management consulting firms and the Australian Packaging Covenant Organization (APCO), which was delighted to find out how well Box Latch Products fit into the sustainability goals and objectives of their members. Jim also took the opportunity to take side trips to visit a new distributor in South Korea and a potential customer in Japan.

Jack estimates that Box Latch exports have grown to four or five times what they were before the company started working with WEDC on its export plan: “With our new distributors in Korea, Japan and Australia, possibly 65% to 70% of our business is exports. We’re not talking millions of dollars yet, but the potential for growth far exceeds U.S. growth.”

“Every time we turn around,” adds Jim, “We find that ExporTech and the amazing network of connections that we gained through WEDC have continued to have a very strong influence on our success.”