Veterans are the perfect fit for Wisconsin’s Educational Communications Board

Veterans are the perfect fit for Wisconsin’s Educational Communications Board 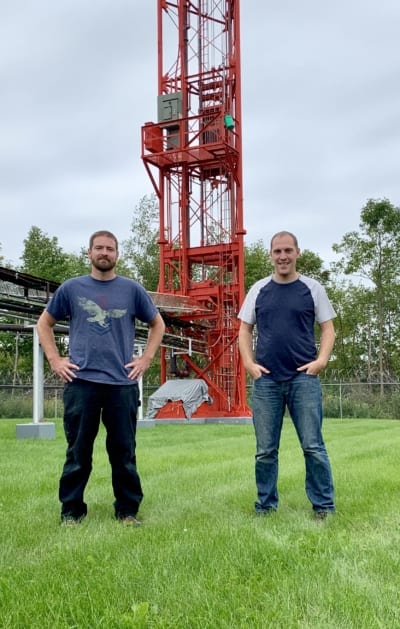 While many employers struggle to match military skills to civilian job descriptions, Wisconsin’s Educational Communications Board (ECB) is in a unique position.

As the state agency that runs Wisconsin Public Radio, Wisconsin Public Television and the Emergency Alert System (EAS), ECB needs technicians and engineers with a very specialized set of skills.

“The people with these skills are in the Air Force, the Navy and the Army Signal Corps. There’s really no other educational path or pipeline for these types of jobs,” says ECB Executive Director Marta Bechtol. “It’s a direct line: the skills we need are the skills these transitioning service members have. There’s really no training other than on boarding. It’s a perfect fit.”

Jobs with a military-friendly agency

According to a demographic breakdown done a few years ago, ECB has a higher percentage of veteran employees than all other state agencies, other than the Wisconsin Department of Military Affairs. With roughly half of the agency’s technical staff currently eligible for retirement, ECB is continuing to pursue transitioning service members and veterans, according to Bechtol.

ECB’s current director of engineering, Adam Hargrove, is an Air Force veteran who was hired three years ago and quickly rose up through the ranks to his current position.

ECB Regional Manager Marcus Kruse is on a similar trajectory. After nine years as a technician and supervisor in the ground electronics maintenance division at Whidbey Island Naval Station in Washington State, the Wisconsin native wasn’t sure where he would land when he transitioned out last year.

It was on the Wisconsin state job board that Kruse came across a media communications technician position at ECB. He says the agency is a great fit, not just because he possesses the right skills, but also because of the nature of the work.

“We have a mission,” Kruse asserts. “This is for the public, for the greater good. We’re the backbone of the Emergency Alert System. Having that mission, that drive is something that a lot of veterans look for, and this job definitely fulfills that.”

Kruse had only been at ECB for a few months when the southern region manager position opened up. Realizing it was very similar to the work he did in the Navy, he applied for the position and got it.

That left a field technician position open, one which Air Force veteran Cody Mullins was happy to fill.

Mullins’ first job in Wisconsin had been in the private sector, but he never felt comfortable there. “ECB was a perfect fit, not just because of my skill set, but the job environment,” Mullins relates. “I was used to working in the public sector, and the military does a good job of giving us the skills that state jobs require.”

Life in a military-friendly state

Between his military service and growing up in a military family, Wisconsin is the 13th state Mullins has lived in—but the first he’s chosen. Or at least, had a say in choosing.

“Getting out of the military, it was the first time moving where I wanted to move,” Mullins reflects. “I asked my wife where she wanted to go. She was still in the military, but she’s a Packers fan, so she said, ‘Green Bay.’ So here we are.”

“I think Wisconsin is a hidden gem. I’m an outdoor person, and there are so many state parks here,” Mullins says. “Wisconsin has done a great job of giving people something to do, providing places for them to enjoy. It provides so much to its population. It’s amazing. It’s a beautiful state.”

“Very few states have benefits like the Wisconsin GI Bill, with benefits I can share with my family,” says Kruse, who is using state education benefits to complete a master’s degree in management.

Mullins adds, “Any veteran would enjoy working for Wisconsin. The state retirement program is excellent, which is important because I don’t have military retirement benefits. The medical and other benefits are great.”

As a military spouse and parent herself, Bechtol says it’s not that hard to convince transitioning service members to move here.

“Wisconsin is veteran-friendly for a lot of reasons,” she says. “I keep telling these guys, find your friends, bring them here. These are the people we want here.”