Windows as warm as a wall

Even when a new technology clearly has potential to revolutionize an industry, high risk and high capital requirements can make it difficult to attract private funding. This is the situation faced by V-Glass, whose vacuum-insulated window glass insulates three times more effectively than the best technology on the market today. Fortunately for the company, state and federal resources exist to fund promising technologies that are still too risky for private investment. The technology developed by V-Glass will be offered under license to existing window-makers, primarily for the residential market. It is expected to be ready for commercial sale as soon as 2020. The market for these products is estimated at over $25 billion worldwide.

Soon its founding in 2008, V-Glass founder and CEO Peter Petit received two small state grants that enabled him to retain a professional consultant to assist in writing a business plan. After taking first place in the Wisconsin Governor’s Business Plan Contest and receiving well-informed guidance from the UW-Extension Center for Technology (CTC), in 2014 the company received a $75,000 grant under CTC’s SBIR Advance Program, which is supported by WEDC. As a result, V-Glass was able to hire its first employee and rewrite its business plan based on fresh interviews with key potential customers. The grant also helped pay for two patent applications, a significant expense that is ineligible for federal funding. The results of this state-level support speak for themselves. Between 2011 and 2015, the company received four Phase I Small Business Innovation and Research (SBIR) grants for $150,000 each. In 2016, not only was V-Glass awarded its first key patent, but also the company was awarded a $723,000 Phase II SBIR grant from the National Science Foundation. To date, the assistance provided by Wisconsin has been leveraged into federal grants totaling over $1.3 million to develop its game-changing technology. 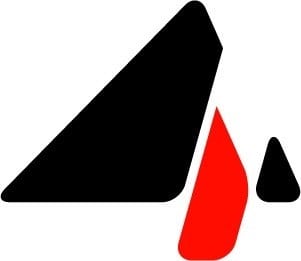 The free online and mobile food ordering service, based in Madison, connects users with their favorite food from a variety of local restaurants.
Read More

The Madison-based company is developing technology to enable devices to process sensory data as efficiently and accurately as the human brain does.
Read More
View All Success Stories
We use cookies to ensure you get the best experience on our website. By using our website you agree to our privacy policy.Ok