WELCOME BACK TO WISCONSIN

Cody Ross graduated in 2010 from UW-Madison, where he studied political science and pursued his love of basketball, becoming a manager under UW-Madison Coach Bo Ryan. After graduation, he worked for the Milwaukee Bucks until they took on new ownership. It was at this time that Cody looked for a way to turn his passion for basketball and other sports into a new career. The direction he chose was virtual reality (VR) development.

In 2016, Cody moved to New York and started his company, Slingshot VR. But after just a few years, for a number of reasons both business and personal, he made the decision to come back to Wisconsin. “I realized that Wisconsin offered all the same things that New York did, but at a more leisurely pace and with kinder people,” said Cody.

The company is doing better than ever, and he’s even getting to work with collegiate athletes again. “We’re developing a ‘digiscape’ where athletes can train in a VR environment, versus watching films or reading a playbook,” he commented. “Wisconsin is the perfect place for my company and myself.” 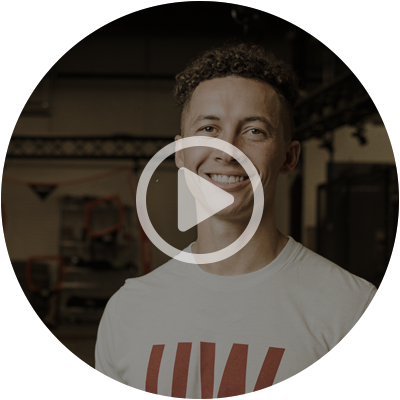 Discover other alumni like you who have found greatness in Wisconsin.

TELL US YOUR STORY

Our residents are some of the happiest and most ambitious people in the nation—but don’t just take our word for it. Take theirs.

“I chose Wisconsin because this is a community in which my family and business can thrive.”